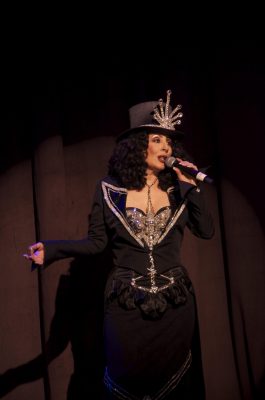 As a mainstay for over ten years in the premier Las Vegas tribute show Legends in Concert (previously housed at the Imperial Palace Hotel), our new headliner Cher created an act which many others have tried to copy.

She also was in the original cast of American Superstars which ran for 20 years in Las Vegas. She has guest-starred on several national TV shows including The Nanny, The View, Leeza and The Ellen DeGeneres Show. When the cable network TV Land was making their debut, they chose her to tour with comedy legend Pat Paulsen to represent the network. She was also featured in a national book release about the real Cher, titled “The Cher Scrapbook” and has opened for Jay Leno and Barry Manilow.