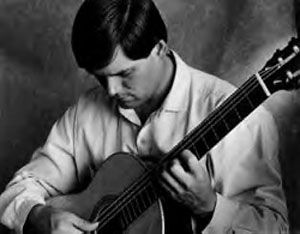 Over the past twenty years, The DLE East Coast Modern Classical Concert Guitarist has taught guitar at two major universities. He studied classical guitar with Pepe Romero and flamenco guitar with Juan Serrano. In addition, he has worked as a studio musician, recording both television and film projects for NBC and Paramount Studios. He has published several best selling “method books” for guitar. As a performer, The DLE East Coast Modern Classical Concert Guitarist crosses the realm between the jazz and classical worlds playing in many different performance situations.

He specializes in playing both background music for weddings, dinners, and other social occasions including corporate events as well as formal concert appearances on tour at universities in the United States, Canada and Europe.

Sor's Study in B Minor