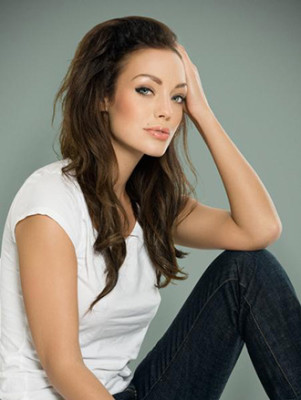 We are pleased to announce the addition of one of the top three Angelina Jolie lookalikes in Europe–a Celebrity actress, cover and full body model–-David Levin Entertainment’s Euro Angelina. She is 10 years Angelina’s junior and is in our opinion one of the most beautiful women in the world.

Her resume is impressive. She has modeled for Elite and Touché agencies. She’s been a Playmate of the Year and has appeared on countless magazine covers, starred in films, has done tv commercials (Sapph Lingerie, for which her face became the face of the brand, also the face of the ad and billboard campaign for the Revlon perfume “Charmed” and full body model for the underwear line by Muchachomalo), has been interviewed on many cable tv programs and has even recorded as a rap singer. She’s been the face of the Van Gils campaign in Europe as Angelina Jolie.

She grew up in Hong Kong and The Netherlands and she speaks English–American English–better than most Americans and without an accent! You will see her below in the photo with The DLE Brad Pitt Lookalike. The DLE Euro Angelina lookalike is available throughout the U.S, Asia and Europe.