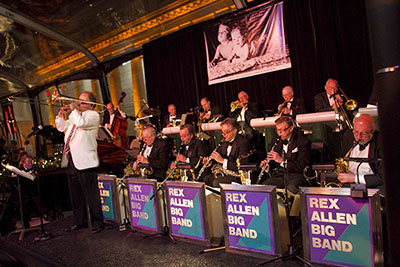 They are available in Sonoma, Napa, Monterey, the San Francisco Bay Area, Lake Tahoe and anywhere in the U.S.

Don't Be That Way

Don't Get Around Much Anymore

I Can't Get Started With You