Meetings, trade shows and themed events are our acts' specialty...

Meetings, trade shows and themed events are our acts' specialty. Is a large swimming pool part of your event? Try our water sphere acts! Indoors? Try our balancing acts and atmosphere characters!

Our tribute artists variety acts are top-tier performers and command the highest rates...

Because our Tribute Artists Variety Acts are top-tier performers, they command the highest rates. We try to keep those rates as low as possible for our clients. Rates vary from performer to performer, so please ask us for a quote. We're happy to give discounted rates to our return clients. Our performers are based predominantly in Las Vegas and Southern California but are available anywhere in the U.S., Canada, Asia and Europe. For our European-based clients, we have the premier Brad Pitt and Angelina Jolie lookalikes based in the EU. 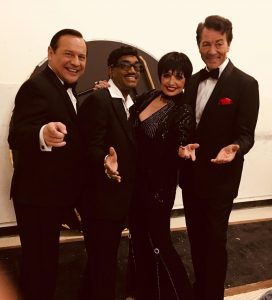 For corporate clients wanting “the best in tribute artist performance”, The DLE Liza with The DLE Rat Pack are it! They just performed for a corporate client of ours in Las Vegas and the client loved them!

For meet-and-greet, walk-around and stage performance, there are none better than these artists. 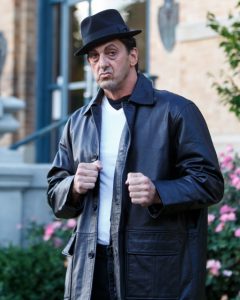 Our Rocky-Rambo covers all kinds of performance requests–from meet-and-greet, walk-around to stage performing. He’s also a motivational speaker (in character, of course) which adds another dimension… [Read More]

The hottest and most talented Madonna impersonator-lookalike in the world, our Madonna is one of the busiest acts in the business.

She’s appeared in commercials, film, television, music videos and radio ads to live stints including performances for American troops worldwide and has opened and performed in every Legends in Concert show.

She performs up to… [Read More] 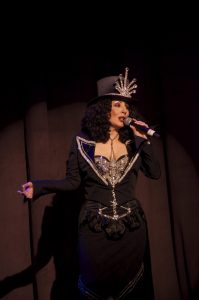 As a mainstay for over ten years in the premier Las Vegas tribute show Legends in Concert (previously housed at the Imperial Palace Hotel), our new headliner Cher created an act which many others have tried to copy.

She also was in the original cast of American Superstars which ran for 20 years in Las Vegas. She has guest-starred on several national TV shows including… [Read More] 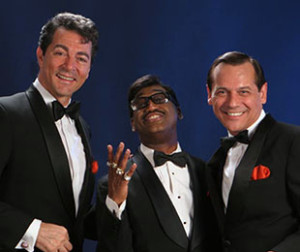 We are happy to introduce one of the hottest variety acts in the business, The DLE Rat Pack! They are THE best Rat Pack artists in the world featuring a handsome and talented Dean Martin tribute artist and superb Sammy and Frank tribute artists. They are terrific vocalists, put on a great show and are very entertaining!

Our Rat Pack performs throughout the U.S.… [Read More] 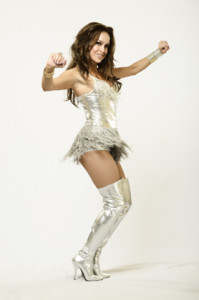 An outstanding performer-dancer-vocalist, our Jennifer Lopez Tribute Artist brings a lot of talent to the table. She also appears as two other Celebrity tribute acts–-Angelina Jolie and Paula Abdul.

She is the top JLo tribute act in the U.S. and probably the world and can do a stage performance with dancing to tracks solo or with male dancers as seen in the video… [Read More] 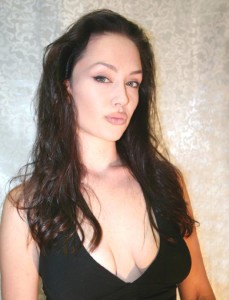 At David Levin Entertainment, we pride ourselves in offering “the best” of the world’s lookalikes and our USA Angelina Lookalike is at the top of that list! She has appeared on The Maury Povich Show three times as well as other tv shows. She’s a talented actress and is the top Angelina lookalike in the U.S.

As she’s one of the busiest Angelina Jolie … [Read More] 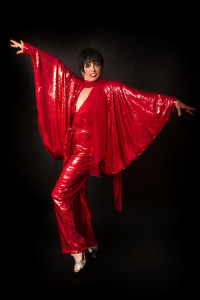 Our Liza Minelli impersonator-lookalike is THE best Liza impersonator and Lookalike in the world! Her videos prove that beyond the shadow of a doubt. She’s great to work with and our clients adore her. 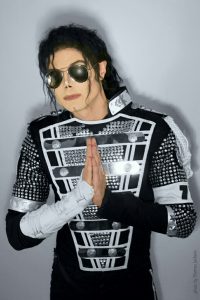 “When only the best will do” applies aptly to The DLE Michael Jackson Tribute Artist! He is hands down the premier MJ act in the U.S. and probably the world. He’s appeared on tv shows and in commercials.

He’s available as a stage act to tracks with or without choreographed dancers and/or as a meet-and-greet and walk-around performer.… [Read More] 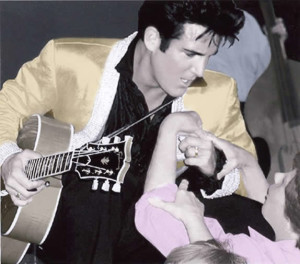 Our Elvis Tribute Artist is one of the top Elvis impersonators and lookalikes in the world and is a fabulous performer, singer and musician. He can do a solo corporate stage performance, meet-and-greet and walk-around or a combination of all three. If requested, he can provide a trio for a 40-minute or a two-set Elvis Tribute performance with the trio including… [Read More] 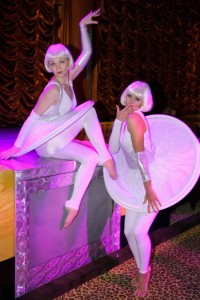 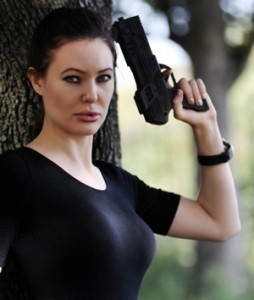 Our Lara Croft and Angelina Jolie Lookalike is a favorite variety act and model and frequently seen in the international press. She was chosen as the world’s top Angelina lookalike at a lookalikes show in Paris and is a gifted model and well-known personality.

She is an official Lara Croft model, featured on BBC News broadcasts and UK newspapers in a Lara Croft… [Read More] 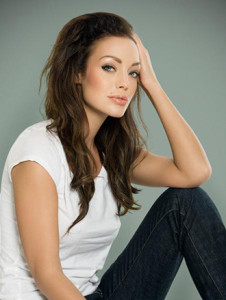 We are pleased to announce the addition of one of the top three Angelina Jolie lookalikes in Europe–a Celebrity actress, cover and full body model–-David Levin Entertainment’s Euro Angelina. She is 10 years Angelina’s junior and is in our opinion one of the most beautiful women in the world.

Her resume is impressive. She has modeled for Elite and Touché… [Read More] 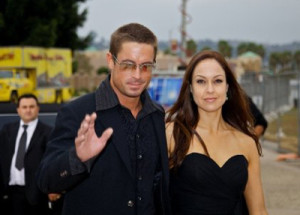 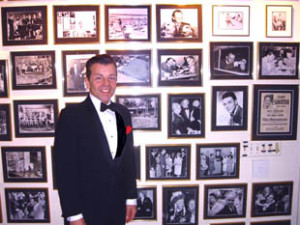 Considered the closest Sinatra lookalike in the world, our Frank Sinatra Tribute Artist is a terrific impersonator and lookalike who performs either as a solo vocalist to Nelson Riddle and Billy May Orchestra’s arrangements on CD tracks or backed by an 8-piece swing band, a big band or with a 20-piece Nelson Riddle-style orchestra with strings.… [Read More] 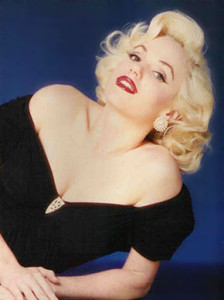 Our Marilyn impersonator-lookalike is a consummate actress with many film and tv credits. She’s done tv commercials for Channel, McDonald’s, Amstel Beer, Visa and many other noted companies. On stage, she was the original Marilyn for Legends in Concert in Las Vegas.

She’s appeared as Marilyn at events given by Ford, IBM, Panasonic, AT&T, G.E. and many… [Read More] 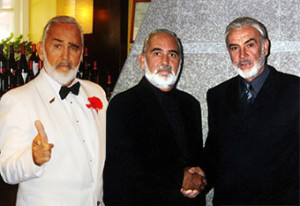 David Levin Entertainment’s James Bond 007 is an Award winning Sean Connery Impersonator and Lookalike. He’s been Sean Connery’s double in films and has appeared on Jay Leno, Oprah and many other tv shows.

His recreation of Sean Connery’s voice is the highlight of any event. He’s the perfect emcee for any Bond-themed event! The James Bond 007 Tribute … [Read More]

We have the top Lady Gaga impersonator-lookalike in the world–The DLE Lady Gaga. She’s a knockout dead-ringer for the real Lady Gaga! She’s performed in all Legends in Concert shows as Lady Gaga.

Enjoy watching her new video here and please ask about her availability for your event by visiting our Contact page.… [Read More] 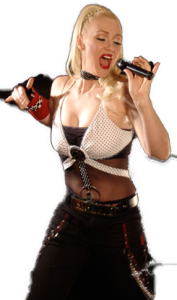 The DLE Gwen Stefani Tribute Artist is not only hot, she’s awesome! Check out her live video. She’s performed as Gwen Stefani in all the Legends in Concert shows.

Her costumes are as dazzling as they are authentic. She can perform 15-minute to 30-minute stage shows solo or with dancers. She’s also available as a look-alike for “meet-and- greet”/walk-around … [Read More] 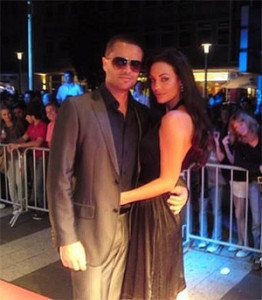 Our Brad Pitt Lookalike available anywhere in the U.S. or internationally.… [Read More] 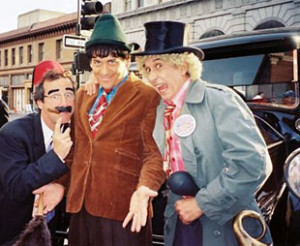 Our Groucho does Groucho’s voice and mannerisms so well that you forget that you are watching and hearing a lookalike and an impersonator! The DLE Marx Brothers are the best in the business. Watch their A Night At The Opera sequence “Don’t you know–there ain’t no sanity clause?” on their video. Chico sounds and looks JUST like the original Chico and Harpo is a dead… [Read More] 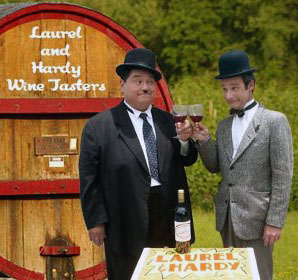 Our Laurel and Hardy are unmatched anywhere in the world both as Lookalikes and as impersonators. You’ll forget that you’re watching two tribute artists 90 years after the Laurel & Hardy films came out.

They perform in Las Vegas, Los Angeles, San Francisco, throughout the U.S. and on many continents.… [Read More] 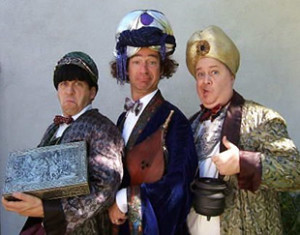 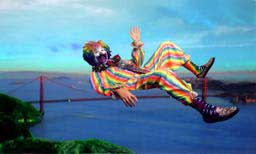 A man of many faces and acts, our Clown and Characters act will have you and your guests rollicking with laughter. His trumpet-playing gorilla and other acts make him the perfect “prank-filled” entertainment.

He can do performances for children (as Barney or Sparky) as well as adults. He has appeared on The Mike Douglas Show, Eight Is Enough and Good Morning … [Read More]

The Bay Area’s hottest caricaturist/Face and Body painter is one of The DLE Caricaturists.

Her caricatures delight private party, wedding and corporate clients, alike. Her talent can make a party a memorable event. Children love her body and face painting as well as her backdrop/instant party photos. She also does silhouettes, custom logo pennies and henna… [Read More]